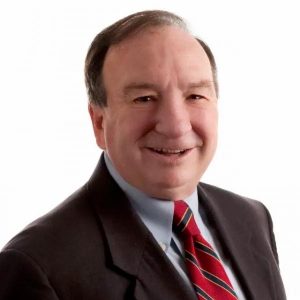 Hon. John David Kennedy, is commonly known to his colleagues and friends as David, serves as Maine’s Judicial Outreach Liaison, through his consulting firm, The Kennedy Group, LLC. That firm is a sub-contractor to Dirigo Safety, LLC, which is the primary contractor for Maine’s NHTSA-funded Initiatives That Work program.

Judge Kennedy retired from the Maine Judicial Branch in 2014, after a career there and
elsewhere spanning almost 40 years, and counting. He was appointed as an at-large
Judge of the Maine District Court in 2002 where he presided over trials, other hearings,
arraignments and conferences in all case types, in a number of counties. He was
reappointed in 2009. Before his appointment as a judge from 1997 to 2002 he served as
one of Maine’s first District Court Case Management Officers (now known as
Magistrates). He began his service with the courts in 1994, acting as a Regional Court
Administrator. In 2013 Chief Justice Leigh Saufley and State Court Administrator James
Glessner presented him with the Career Performance Award, the Judicial Branch’s
highest recognition.

Prior to his significant career in Maine’s judicial system, Judge Kennedy was the Revisor
of Statutes for the Maine State Legislature in Augusta from 1988 to 1994. He was
responsible for all operations of the non-partisan office that provides legislative drafting
and association legal support to the Maine Legislature. From 1986 to 1988, Judge
Kennedy was a litigation attorney with Amerling & Burns, P.A., and prior to that was
Executive Director of Pine Tree Legal Assistance, both in Portland, Maine.

John David Kennedy is a co-author (with Hon. Andrew M. Horton) of Do Your Divorce
Right; Straight Talk from Family Court Judges; Tower Publishing, Portland, Maine (2011).
He was the author of Statutory Construction in Maine, 7 Me.B.J. 148 (1992). He also
co-authored (with Wendy F. Rau, Esq.): Maine’s Family Division, Lighting a Dark Stairway;
Maine Policy Journal, Vol. 11, No. 1 (Spring 2002). More recently, Judge Kennedy was an
Adjunct Professor at the University of Maine School of Law. He has been a guest lecturer
at a number of law school courses and events; as well as a presenter at many continuing
legal education seminars sponsored by the Judicial Branch, the Maine State Bar
Association, the Russian-American Rule of Law Consortium and a number of local Bar
Associations.

Judge Kennedy also has a passionate interest in collector automobiles. He is restoring
an older Porsche, and competes in local autocross events in a STS Miata. He has
presided over a number of cases involving disputes about vehicles and related services.
His interests in this area have led him to develop a particular knowledge of the legal
needs of the collector car community.