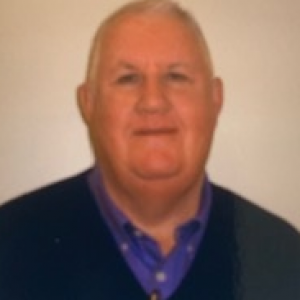 Richard Bishop served as the Chief Deputy of the Hancock County Sheriff’s Office for over thirty three years , first as Jail Administrator and then as Chief Deputy.  Previously Richard worked for the Aroostook County, Maine, Sheriff’s Department, for over five-years, serving there as a corrections officer, patrol deputy and its training officer.  Richard’s  initial career was in primary education, having attained his teaching degree from Ricker College, Houlton, Maine in 1975, whereby he then served as a classroom teacher for several years until transitioning to his career in law enforcement.

Richard  has successfully pursued many advanced professional development training throughout his career, including U.S. Marshall’s Security Detail Risk Assessment training and Integrated Homeland Security Emergency Operations conducted at the National Emergency Management Institute. Additionally, Richard  has attained trainer certifications in both the Emergency Response to Terrorism curriculum conducted at the New Mexico Institute of Research and Testing, as well as the Maine Criminal Justice Academy, where he has served as an adjunct instructor for several decades. He has also been similarly trained in Multi-Hazard Planning for Schools, gaining national certification at the Emergency Management Institute, Emmitsburg, Maryland.

Richard  has conducted countless, community-based comprehensive plan designs and assessments for academic, governmental/public and private sector facilities and entities both regionally and statewide throughout Maine.  Richard  has demonstrated leadership in promoting and executing multi-hazard inspection standards and procedures that include risk assessment of both structural and non-structural threats, comprehensive planning, exercise design and conduct, along with corrective action identification and mitigation implementation is widely recognized as effectively lessening vulnerabilities to students and staff throughout many communities.

Richard  has served upon numerous, community based civic boards and committees, including elected office such as his local school board, as well as philanthropic foundations. Richard has served numerous youth-based athletic programs, coaching high school basketball and football in the past.

Richard resides in the town of Surry, Maine, has been married for 46 years and has two adult children and three grandchildren.