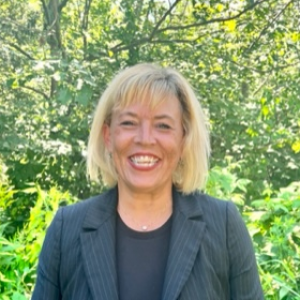 Abbe patrolled Troop B in Androscoggin County with her patrol K9 Tango from 1997 until her promotion to detective in 2003. While assigned to Troop B she became an instructor for the Maine Criminal Justice Academy and the Maine State Police Training Troops, awakening what became a life-long love of instructing law enforcement and the public.

Abbe joined the criminal division of the Maine State Police in Augusta, where she participated in hundreds of death investigations to include homicides, child deaths and homicides, overdose deaths and suspicious deaths. Additionally she conducted hundreds of investigations into child abuse and neglect, child sexual abuse and all forms of sexual assault. Abbe was also assigned cold case homicides, and was the very grateful primary investigator on one of Maine’s oldest solved cold cases to date.

Abbe specialized in interviewing and interrogation as well as behavioral analysis as opposed to evidence collection, and became a regular instructor for new officers and detectives in interviewing and interrogation, death investigations and sexual assault. Abbe also joined the Attorney General’s Office to instruct all new Maine police officers on the fundamentals of criminal investigations.

While in the Maine State Police Major Crimes Unit, Abbe became the first detective to handle a K9, and built the current crime scene cadaver program for the Maine State Police. Abbe’s work with her first K9 Pivot was featured in the award- winning documentary ‘Searchdog’. As a result, Abbe traveled the county promoting the film, but more importantly the work of utilizing a K9 to locate the remains of lost or missing persons, suicide or homicide victims and bring them back to loved ones.

Abbe transferred to the Maine State Computer Crimes Unit in 2016 to learn and develop skills in identifying, locating and leveraging technology and digital evidence to enhance criminal investigations. While there she was an agent of the federal Internet Crimes Against Children program which afforded her the opportunity to investigate and incarcerate users and manufacturers of child exploitation material online. Abbe was eventually appointed as Assistant Commander of the Maine ICAC, and developed a program for digital responsibility and social media safety. Abbe used this program to teach students, school staff, parents and community members statewide how to keep kids safe online and exercise safe and healthy online habits.

Detective Chabot ended her career in the southern Major Crimes Unit of the Maine State Police. During her time there she was named 2020 Trooper of the Year. Abbe retired in March of 2022 with her second cadaver dog Steve and her husband, Game Warden Corporal Dave Chabot who retired from the Maine Warden Service the same day.