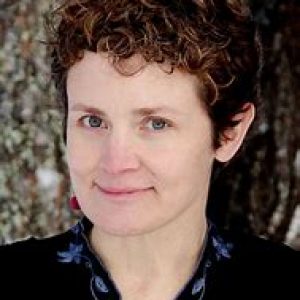 The daughter of a foreign correspondent, Kate Braestrup spent her childhood in Algiers, New York City, Paris, Bangkok, Washington, DC and Sabillasville, Maryland. Educated at the Parsons School of Design, the New School and Georgetown University, Kate has her masters degree from Bangor Theological Seminary, and received an honorary doctorate from Unity College in 2010.

Kate married Trooper James Andrew “Drew” Griffith in 1985.   Trooper Griffith was killed in the line of duty in 1996 in a car accident, leaving Kate a widow with four young children.

In 1997, Kate entered Seminary and was ordained as a community minister in 2004. Since 2001, she has served as chaplain to the Maine Warden Service, joining games wardens as they search the wild lands and fresh waters of Maine for those who have lost their way, and offering comfort to those who wait for the ones they love to be rescued. She has been leading and training the Maine Warden Service Critical Incident Stress Management Team since 2002. During that time, she has provided training in Critical Incident Stress Management, Death Notification and related subjects for the Maine Warden Service, Maine State Police and Maine Marine Patrol, at the Maine Criminal Justice Academy BLETP program, and for police agencies nationwide.

Kate is the bestselling author of the award-winning Here If You Need Me (Little-Brown, 2006) named one of TIME Magazine’s ten best books of 2006, and  Marriage and Other Acts of Charity (Little-Brown, 2009), Beginner’s Grace (Simon and Schuster, 2010) and Anchor & Flares (Little-Brown, 2015). Her work has appeared in numerous publications including the New York Times Sunday Magazine, More, O (the Oprah Magazine) Good Housekeeping, and she is a sought-after public speaker around the country and abroad.  Kate is married to artist Simon van der Ven and between them, they have a total of six children and three grandchildren.