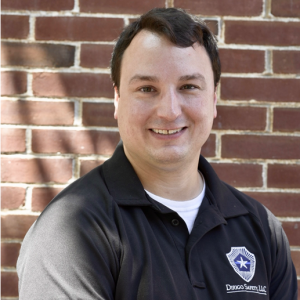 Josh is a Maine licensed attorney, who graduated from the University of Maine School in 2014.  While in law school, Josh interned for the United States Attorney’s Office for the District of Maine where he developed a passion for prosecution.

After graduation, Josh began his career back in his hometown of Millinocket by joining a private practice.  While there, Josh specialized in real estate and municipal law, representing local towns and several timber companies.  He left private practice in December of 2015 to join the York County District Attorney’s Office.

As an Assistant District Attorney (ADA) in York County, Josh worked primarily out of the Springvale District Court and, eventually, became one of York County’s Impaired Driver Special Prosecutors (IDSP).  As an IDSP, he became a specialist and expert in OUI prosecution.  In 2019, Josh joined the Penobscot County District Attorney’s Office where, as an ADA, he focused on drug trafficking, domestic violence, and other serious felony cases.

Shortly (2 weeks) before the State of Maine’s COVID-19 State of Emergency, Josh joined the City of Bangor as it’s Assistant City Solicitor.  While there, he helped navigate the City’s response to the pandemic and assisted with all of the City’s legal matters before, in March of 2020, becoming the City’s Acting City Solicitor.

Josh served as Acting City Solicitor for Bangor until the City hired a permanent Solicitor.  Then, Josh joined Dirigo Safety to help us serve law enforcement and prosecutors throughout the state.  Along with our CEO, Josh provides Traffic Resource Prosecutor (TSRP) services to law enforcement throughout the State of Maine.  These TSRP services are provided through a grant with the Maine Bureau of Highway Safety, and Josh’s prosecution experience made him the perfect fit.